What are you looking for?

CSGO ranking system Contains a lot of Ranks 18 ranks to be precise , a CSGO rank specifies the Skill level of a Particular Player , but today people can buy any CSGO smurf account from a website easily , today we will discuss more about the same topic 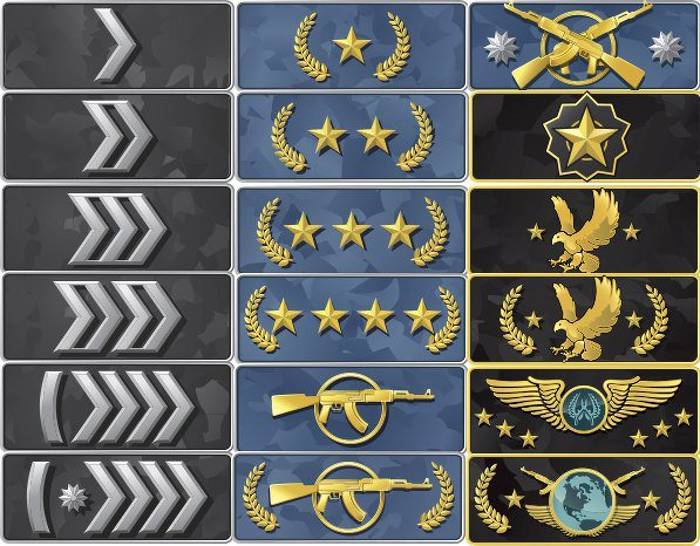 Here’s a breakdown of all 18 CS:GO ranking :

Jump into competitive and you’ll have to win ten games before you’ll be given your rank. There’s a limit on the number of games you can win each day, with the cap being set to two wins only. It’s a little annoying, restriction will be lifted once you’ve got your CSGO ranking.

While it’s true that your matchmaking rank doesn’t necessarily represent how good or bad you are at CS:GO, it does help to display your overall expertise with the game. See the CSGO ranking system as less indicative of skill, and more to do with experience.

How To Rankup in CSGO ranking System?

If you’ve been in the silver ranks for over twenty games, it’s worth taking yourself away from the game and actively aiming to improve through other means. Master Guardian is where the majority of players know to play, but they may be let down by their aim and team strategy.

By the time players have reached Legendary Eagle Master, they will almost certainly be playing in a group with members that they know and trust to execute specific gameplans. Global Elite is the highest rank you can achieve in CSGO Ranking System. On average we’ve found that if you can maintain a win streak of at least four or five. you are on your way to a rank up, though this isn’t always the case as there are other factors to be considered. You can technically be ‘boosted’ by your team, meaning that while you may have very little impact in the game.

the other four members will work to win every round, in order to secure the game. This method does work, but you can rank up faster in CSGO Ranking by winning MVP awards and by keeping your kill/death (K/D) ratio above 1.0.

The term “Smurfing” means when someone who is of better skill in a game will use a different account that is a low rank and play against lower ranked people. So people who dont want to grind in the higher ranks they simply buy a Smurf Account to play in the lower CSGO ranking and chill out.

Now you can Pay with over 200 payment options using PayOP payment method . If you want to pay with PayPal , just create a custom order with paypal/skrill and contact support Dismiss